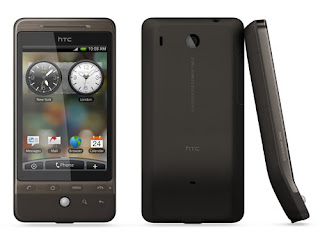 A few days ago I recieved my new phone. With all the recent hype about CS5 and iPhone it may have escaped some flash developers attention that the HERO already ships with Flash player. Currently this only runs AS2, although video is running perfectly (YourTube, TED) in fullscreen, and the F10 player is on the way. What can I say, the HTC HERO is the best phone I've ever seen. It has all the polish and easy of use of the iPhone, but the operating system is open source, and the majority of apps are free. Some of those free apps blew me away. Layar is the first usable Augmented reality app I've tried, though I know there are similar apps out there. The phone comes all rigged up to several Google services, search (naturally), maps, mail and my favourite, a Google app called Sky Map, that instantly turns you into an expert on the constellations. I always wanted to learn the night sky and with this app you just point the phone in any direction and it shows you the names of the stars you're looking at. The first thing I saw looking south out of the window was Uranus. I never knew you could see Uranus with the naked eye ;O)

I am impressed. There was an app I couldn't find though, a magnifying glass, so today I downloaded the SDK and built it! Depsite the fact I've never actually written a Java application before, this evening I made my first Android application, using completely free tools. The Android phone emulator makes developing for Android phones a doddle. When you're used to Flex, using Eclipse for Java is a no brainer. Once you get over the initial differences in syntax, developing Java is very similar to making AS3 projects in Flex and I would encourage any Flashers turned Flexers to give it a try. You never know, it may be the start of a new career...

Over the weekend I intend to get the app finished and on the app store. If that proves possible, it will be the absolute fastest "from-idea-to-market" cycle ever!

If like Bonnie Tyler you've been holding out for a Hero, wondering whether to buy one or not, my advice is go for it, 100%. Apparently the first version with HTC "TouchFLO" was a bit choppy, but that's been fixed and mine came with the very latest BIOS already pre-installed.
Posted by Videometry.net at 14:37 No comments: