We Are All Made of Stars... 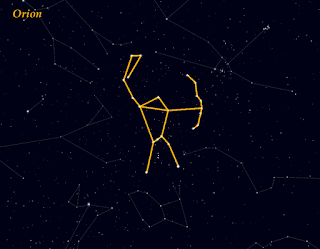 I've been playing around with this fantastic dataset HYG. It contains 120,000 star positions and magnitudes. I've coupled it with the constellations from NASA and made a Sky map, that isn't a skymap. That is to say, it's made of particles rather than the traditional bitmap image.
Several advantages there. First I stripped down the data to the 10,000 stars visible to the naked eye.
The resulting dataset is about 450Kb, compared to several megs for a comparable image map.
Then I've changed the colour from pitch black to a inky blue, which is more the color you see most nights. Obviously that can be easily selected from the Camera background colour. The stars also shimmer ever so slightly. To add a bit of interest the constellations are interactive and display their name on mouse over.

This is part of a children's book I'm writing about the universe. More on that later...
Try it for yourself :) Mouse Wheel to zoom out and see the "star globe".
Posted by Videometry.net at 19:53